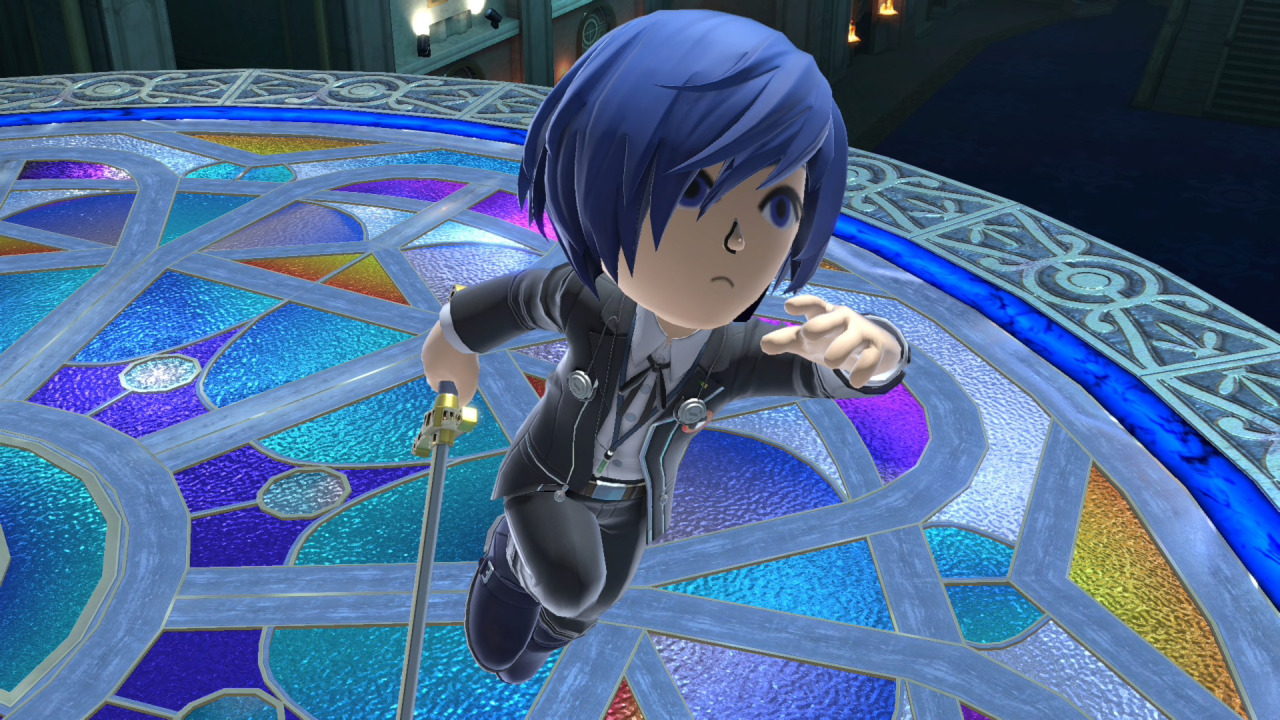 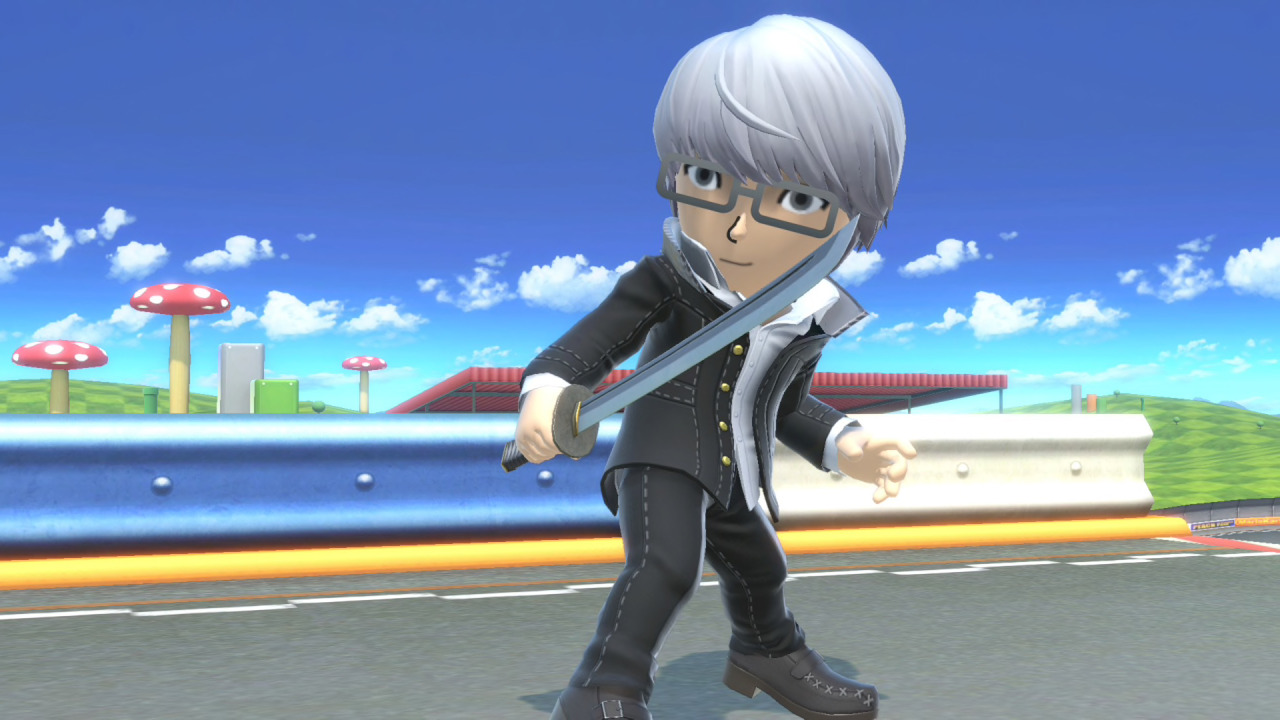 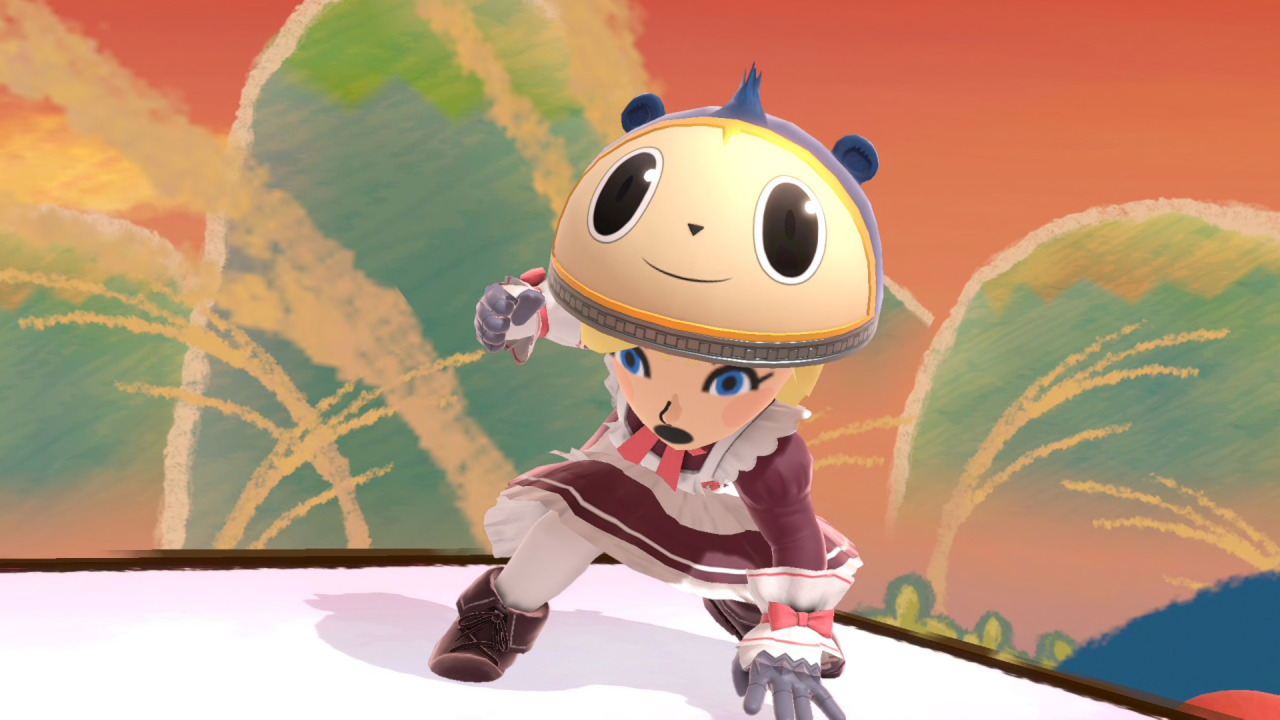 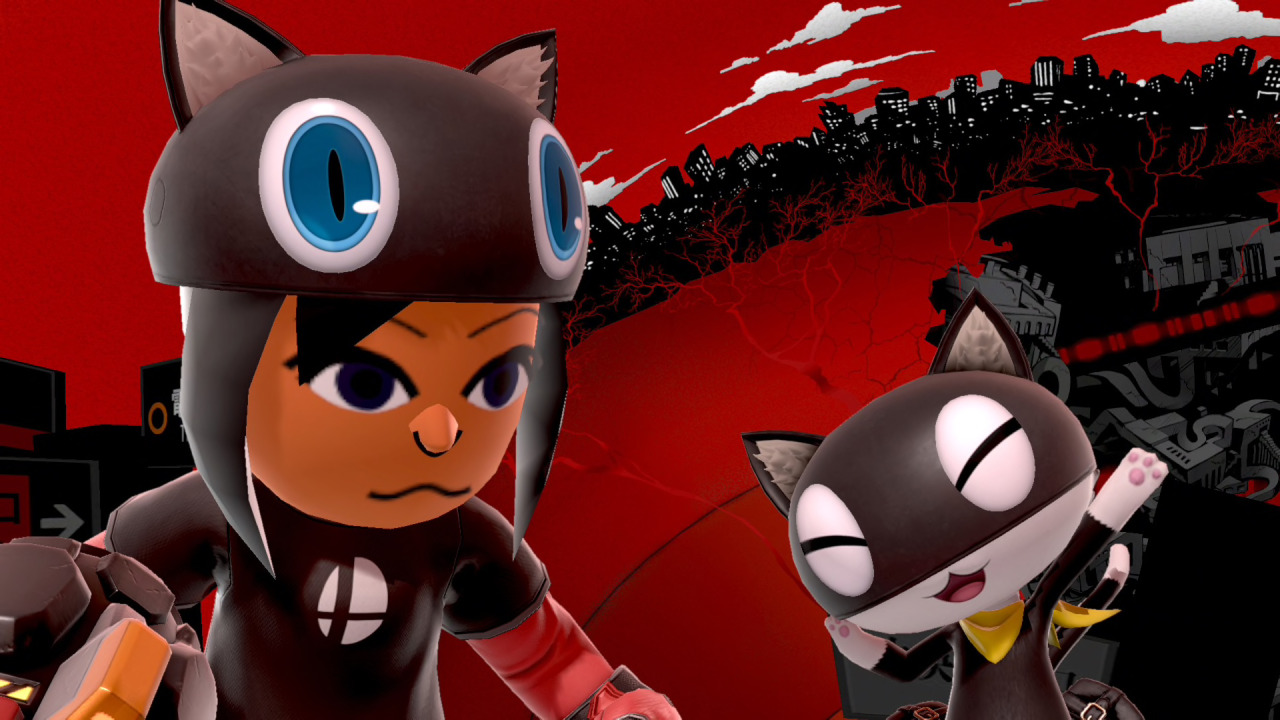 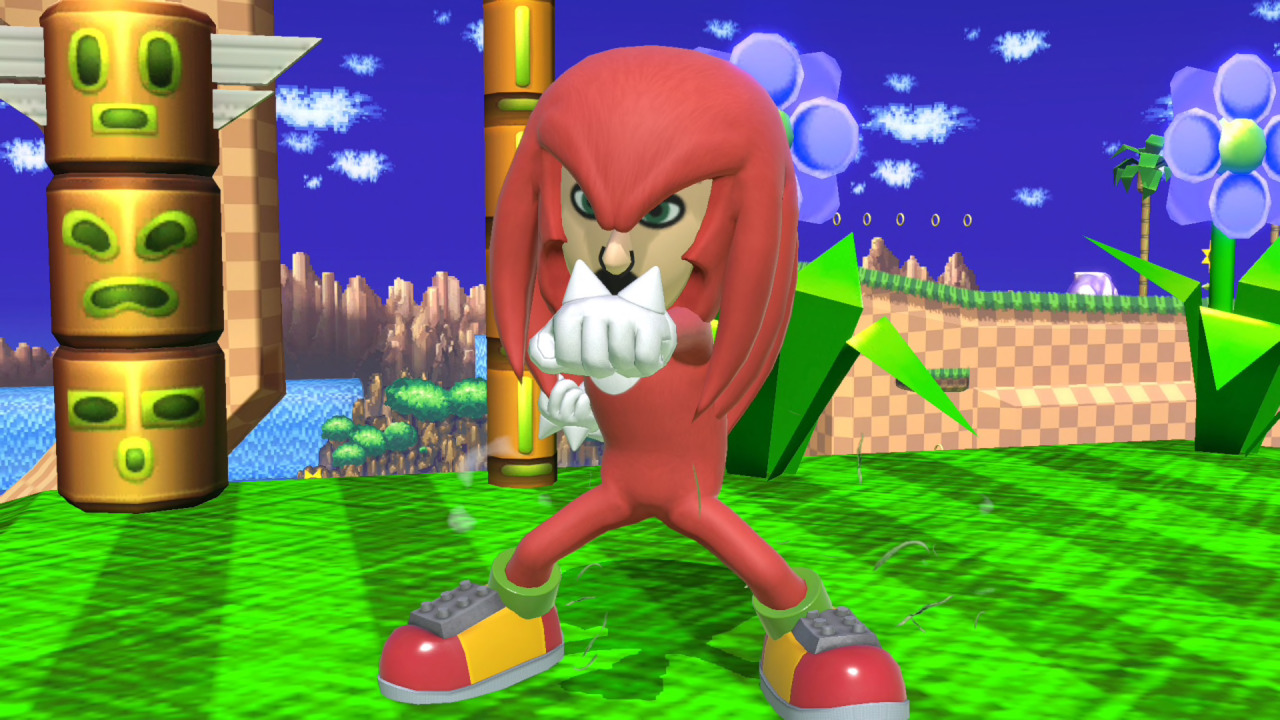 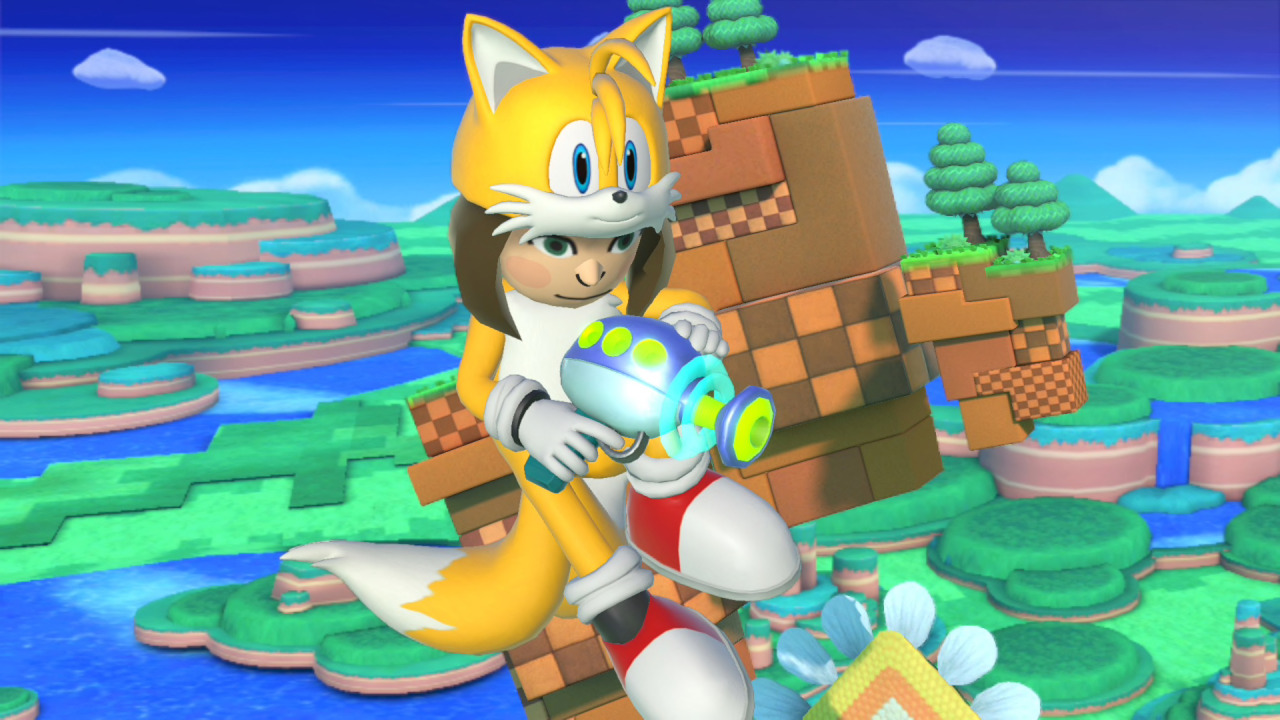 Joker from Persona 5 has been announced for Super Smash Bros. Ultimate as the first paid DLC. Trailer below…

END_OF_DOCUMENT_TOKEN_TO_BE_REPLACED

SEGA Interactive are set to release a life-size (500mm!) Persona 5 Nesoberi Plush: Morgana in April 2019. Preorder here and use the code JPNINTENDO for $3 off! More pictures added below…

Atlus have confirmed that Persona Q2 is still coming to Nintendo 3DS with a TV commercial debuting in tomorrow’s P5A episode which airs in Japan at 24:30 JST. Thanks to naruki.

A teaser website has opened up for Persona Q2 for Nintendo 3DS with the words ‘Please Wait for Next Information!’ Thanks to LordofLore.

It’s been readily touted that Nintendo’s first Persona game is an Etrian Odyssey in Persona pants which is of-course entirely true but also paradoxically not entirely accurate due to a) the implication that this maybe a bad thing and more importantly b) the implication that this use of an existing Etrian Odyssey engine is a lazy thing. From the opening moments upon starting up Persona Q you realise that Atlus are treating us to something special, something very special indeed.

After the amazing introduction you choose between either the blue haired protagonist from Persona 3 (Makoto Yuki) or the grey haired protagonist from 4 (Yu Narukami). Apparently both selections subtly alter the storyline somewhat (I’m guessing similarly to Inazuma Eleven’s multiple versions) although I’ve only played with Yu thus far. There are five difficulty settings (Safety, Easy, Normal, Hard and Risky) so both casual gamers and hardcore dungeon crawlers alike are catered for.

Gameplay is a mixture of storyline scenes/character interaction and dungeon crawling. The answers from the interaction also affect the outcome of the storyline particularly in the second themed dungeon (lurve!) where the answers given decide which partner you hook up with (obviously both questions and answers are in Japanese). Asocial gamers will be pleased it’s not just love as other dungeon themes include an excellent Alice in Wonderland one and one of pure unadulterated horror.

It’s amazing the quantity of speech put into the game with plenty of the interaction fully voiced and other moments with vocal sighs, screams and suchlike. The scenes are plentiful and perhaps too much so early on although the dialogue (check out http://www.youtube.com/user/RisingFunGaming for translations) is masterful and often hilarious. Fortunately the dialogue meshes extremely well with the dungeon crawling where the battle system is simply astounding.

Selecting five party members from a total of twenty with either two or three to fight at the front with the rest at the back. Obviously the front members are more powerful but take more damage with the back members unable to fight the enemies in their respective back positions. Battles are entirely random apart from the deadly F.O.E.s which can be mostly avoided but sometimes fighting them is inevitable in order to progress with battles between them taking upwards of tens of minutes!

Battles are fought using the simple Attack or the often more effective Skill (which to the uninitiated is the equivalent to Magic with SP thus obviously equalling MP). Certain attacks (as in attack and skill – I’m not just referring to the in-game ‘Attack’!) expose a particular enemy’s ‘Weak’ point and when the player hits a ‘Critical’ move s/he then receives a ‘Boost’ where the next move will involve 0 SP or HP when hitting a Skill attack (or indeed using recuperative white magic too).

With some Skill moves then being powered using HP, an even higher amount of strategy is required. The enemies aren’t necessarily stronger than in previous games although they do seem to possess more HP but with five difficulty levels; the player should choose wisely. Thankfully the bottom screen is filled with a useful map which you can graffiti to add in F.O.E.s (actually they are visible until defeated), stairs, shortcuts, chests and the like. Another welcome feature is the Personas.

Personas are I guess comparable with the Final Fantasy job system and define what Skills each party member has at his/her disposal. Persona Q also introduces a secondary sub Persona where each party member can compensate for any inadequacy in their repertoire. Persona Q is aesthetically super stylish and mega charming with the soundtrack even beating Phosphorescent Lantse in being the very best on the 3DS. Obviously no review is complete without revealing a few faults.

Fortunately Persona Q’s faults are few and far between. Obviously the language barrier is potentially a huge obstacle and despite the menu headers being in English (System, Persona, Skill, Item, Equip, Status and Formation); everything else is in Japanese. JRPG experts should however be able to work out that a sword drawing means weapon and bottle means potion etc etc. Trial and error is *usually* this gamer’s modus operandi but here it almost fucked my game up completely.

The System option includes a Load but no Save. The option below Load is actually return to the title screen without saving. Worst still on the actual save screen (save points are few and far between – it took me four days on the second dungeon before I found a save point, as I didn’t want to return to the beginning thus reset all F.O.E.s already killed!) just pressing ‘X’ deletes your file. *If* this happens to you (like it did to me) hard press your Power button instantly. It worked for me!

Save states (well I was in one) aside there are a few other niggles such as the Boost being nullified if the enemy hits your member (party member silly!) in-between strikes. Obviously dungeon crawlers aren’t for everybody but fans of dungeon crawling, and/or the Persona series are in for one hell of a treat. The fact that I haven’t played Mario Kart 8 since Persona Q released and haven’t invested much time into the localised Tomodachi Life speaks volumes. This player’s game of the year.

Review by Bri Bri. For more information on Persona Q: Shadow of the Labyrinth go to http://p-atlus.jp/pq/

The biggest game of the Summer (well, after Youkai and Smash!) Persona Q Shadow Of The Labyrinth is now available on the 3DS eShop and in stores when they open! Check out the opening footage at http://youtu.be/w0M7u4iX3sc and look out for a full review on this blog within a fortnight!

First (small) pictures of the Persona Q Shadow of the Labyrinth 3DS LL which will release on 5 June. No me gusta.