Yoshi’s Crafted World is No. 1! UPDATED

Notes: charts now multi-format using Famitsu data. Yoshi’s Crafted World opened with 50,007 (the Wii U prequel opened with 33,821 and the 3DS version opened with 52,758). Nintendo Switch was the best-selling console with 49,852 units sold, whilst Nintendo 3DS sold 5,056 units. Super Dragon Ball Heroes World Mission is the major new release for next week. The full Nintendo-only data is now available at this link.

1st reviewer: The world where everything is made by crafting and the numerous gimmicks awaiting there are so fun that I lost sight of the time to stop. You can also throw eggs to front and back to find hidden objects, or to play reverse course in stages you’ve cleared before, so it has quite the depth. In co-op play there are things like the Flappy Yoshi for beginners and role distributions such as throwing eggs and moving while carrying on the back, so there are no omissions for light/casual users to follow up. 9

2nd reviewer: The Craft World which looks like done by crafting is very appealing, and the Yoshis are also cute. While the basics look like a side-scroller action, by throwing eggs to front and back you can double the fun factor of exploring courses. Finding “things to search for”, backtracking a stage by looking from the reverse side, missions to find Poochy-Pups and more make a single course can be enjoyed multiple times from different perspectives; I’m impressed with this structure. 10

3rd reviewer: The complicated stages which look like a crafting programme are appealing. While they’re heartwarming, the composition lets you properly taste the response in solving elaborate gimmicks, so the impression is that this has been powered up much more from the previous Yoshi’s Woolly World. Playing reverse stages, which are complete reverses of previously cleared stages, are also precisely constructed well. It’s also full of replayability features such as finding items and Poochy-Pups, collecting Yoshi’s costumes, and more. 9

4th reviewer: The impression is that it’s a legitimate evolution to Woolly World. While being fixated with the catchy graphics, it has also evolved as an action game. The stages have become three-dimensional, and you can throw eggs to front and back. Other than that you can also enjoy a backtrack mode where the whole stage gets reversed. That and many others have greatly elevated the “appeal of map explorations” unique to this series. I have one phrase ‘just as expected’ for the game elements that can be enjoyed by a wide range of people from beginners to experts. 9

Target audience: Can be enjoyed by anyone.

* Please note: review originally appeared in the issue #1581 of Weekly Famitsu (which can be ordered here), and which was kindly translated by BlackKite. Support Kite on Patreon here. Translation © Japanese Nintendo. Please credit if posting elsewhere.

How to Make Yoshi Paper Craft!

Nintendo have uploaded a Yoshi’s Crafted Word PDF which players can print off and make paper craft versions of Yoshi, Shy Guy, Poochy, and trees/bushes etc from the video posted below (along with both pages)… 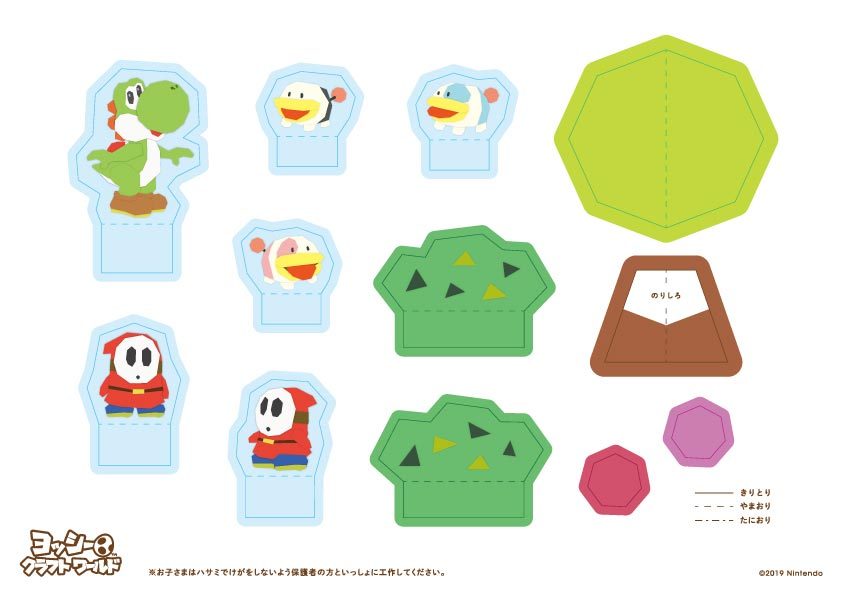 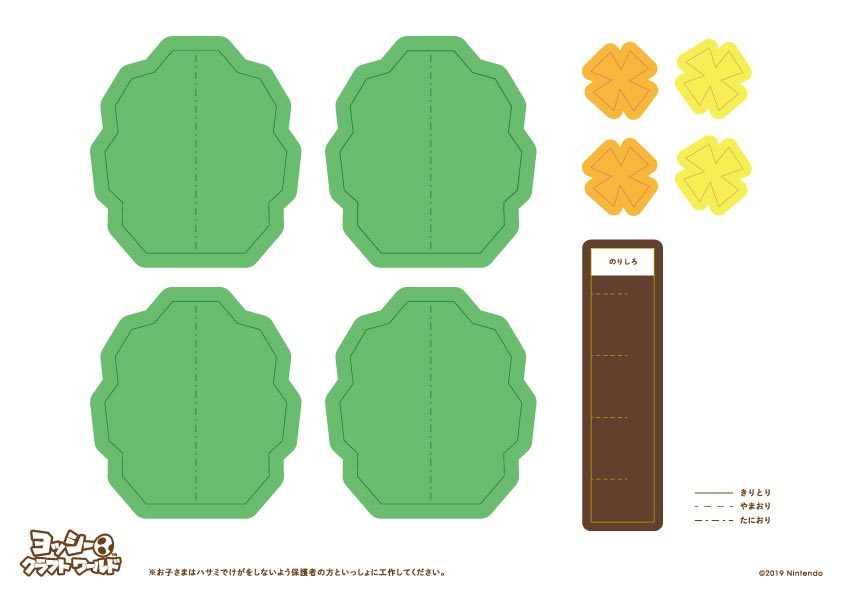