The opening movie for Summer Pockets which releases for Nintendo Switch on 20 June 2019. Preorder a physical copy here and use the code JPNINTENDO for $3 off!

● An undisclosed Tokyo videogame company is recruiting for a major Nintendo Switch 3D RPG. The address implies the company could be Marvelous (although this part is speculation).

● Cosen will be holding a trial event for the upcoming action game Panty Party in their Tokyo offices on 09 March. Go here for more details.

● And ICYMI: check out this week’s current planned Nintendo eShop line-up for Japan (20 games) at this post.

● Animal Crossing: Pocket Camp will undergo maintenance on 27 February (26th in North America) which fixes an issue when you preview the terrain of your campsite, the winter design will be featured instead of spring. Today saw Cabin Decoration Goals where you can earn Leaf Tickets and sparkle stones.

● Check out this month’s Nintendo Dream Most Wanted with Animal Crossing and Pokémon again challenging for the top spot here.

● Capcom announced that Resident Evil Zero, Resident Evil, and Resident Evil 4 are coming to the Nintendo Switch eShop on 21 May. Resident Evil Origins Collection (containing 0 and 1) will also receive a retail release in North America, but not Europe. I’ll write a separate post as soon as they’re confirmed for Japan (likely in a few hours time).

● Deep Silver announced that Saints Row: The Third – The Full Package will release for Nintendo Switch on 10 May.

● Headup Games announced that Trüberbrook will launch at digital on 17 April and at retail on 19 April.

● Sega Games have opened voting for games to be included in the Mega Drive Mini where you can vote (here) for either Sonic the Hedgehog 1 or 2, Puyo Puyo 1 or 2, and Shining Force 1 or 2. The results will be announced at Sega Fes 2019 on 30 March.

● Business Wire report that a 1TB SanDisk Extreme UHS-I microSD card will launch in April 2019 priced at $449.99 (MSRP). It will be compatible with Nintendo Switch.

● Square-Enix have now applied for a MYSTIC QUEST trademark in Japan. This is in addition to both COLLECTION OF MANA and SECRET OF MANA.

● A 30 minute video talking about Darius Gaiden and the Darius Cozmic Collection here.

● The latest countdown trailer for JUDGEMENT 7 Ore-tachi no Sekai wa Owatteiru。 (Our World is Ended) here.

● And thanks everybody for following. Please also follow me on Twitter @toadforsmash and please buy me a coffee!

PROTOTYPE will publish the Key/Visual Arts romance visual novel game Summer Pockets for Nintendo Switch on 20 June priced at ¥7,776. Preorders will soon open here – use the code JPNINTENDO for $3 off. Many thank to Naruki. Box art added below… 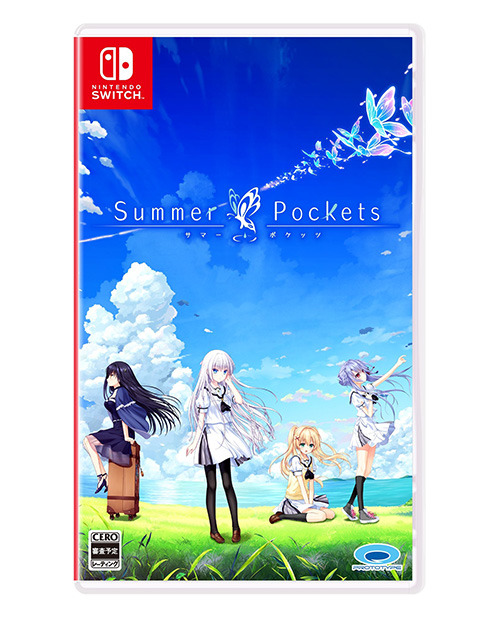 Prototype have announced the Key developed visual novel game Summer Pockets for Spring 2019 release on Nintendo Switch. The game is currently available on Steam and was released earlier this week on iOS. Check out the box art here and game’s opening movie below…