A Sanrio collaboration is coming to Animal Crossing: Pocket Camp starting on 11 July with Hello Kitty and Cinnamoroll fortune cookies and crafting collection. My Melody and Pompompurin character items are planned for late July with Little Twin Stars and Keroppi planned for early August. A Hello Kitty Ribbon will be free to all players on 11 July with this month’s Gyroidite Scavenger Hunt seeing 10 x Sanrio character T-shirts as craftable items along with Hello Kitty amenities. Images and videos added below…

Neos have just published a demo for the cute simulation game Puru Chara Friends Hoppe-Chan to Sanrio Characters on the Japanese Nintendo Switch eShop with the full game available for preload, priced at ¥5,184, requiring 289 MB, supporting Japanese only, and launching 11 July. Preorder the physical version here – use the code JPNINTENDO for $3 off. Screenshots added below…

After three Nintendo 3DS games, Hoppe-Chan is coming to Nintendo Switch in Puru Chara Friends Hoppe-Chan to Sanrio Characters which will be published by Neos on 25 April priced at ¥5,184. The game features Sanrio characters in the Hoppe-Chan world, with over 400 accessories, 20 patterns and infinite colours also available. Box art added below. Many thanks to Naruki. 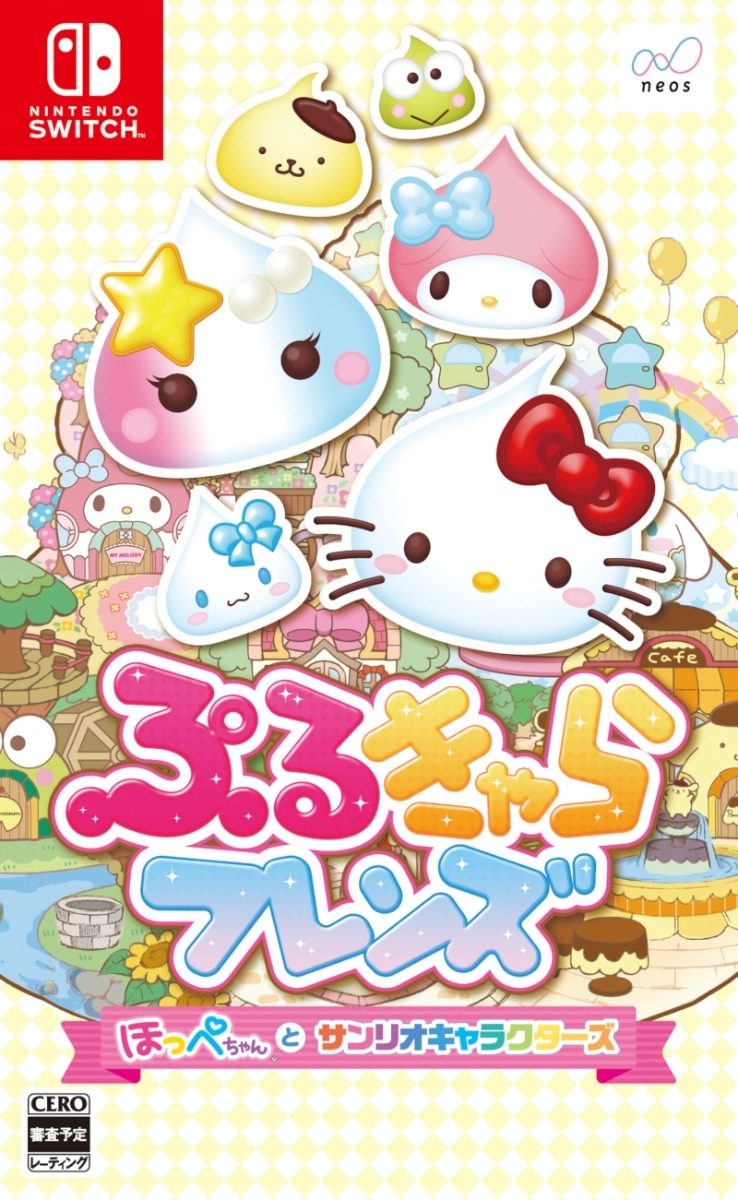 Off the Hook Plushies

The above two Splatoon 2 × Hello Kitty Tentacles Mascot plushies will be available at UFO catcher crane machines in Sega Centers across Japan from 07 February.

The Splatfest Results Are In!

The final match-up has begun in the Sanrio characters Splatfest with Hello Kitty challenging My Melody for the crown of ‘Who is the Cutest?’ Check out related artwork below featuring Tentacles (Off the Hook), past participants Cinnamoroll and Pompompurin, plus Pochacco, Badtz-Maru, Keroppi, Tuxedo Sam, Hangyodon, and last-but-not-least: Kirimi-chan Run!

● Just a quick update today: Hello Kitty defeated Cinnamoroll 2-1 in the first round of the 11th Japanese Splatfest, and will go on to face My Melody or Pompompurin in the final.

● Capcom announced Biohazard 7: Resident Evil Cloud Version for Nintendo Switch, available on the eShop this week (24 May) with the first 15 minutes free and ¥2,000 for 180 days after that. Announcement trailer here.

● Prototype opened up the official websites for the visual novels Sangoku Rensenki ～Otome no Heihou!～ (here) and Yoshiwara Higanbana Kuon no Chigiri (here).

● Preorder a physical copy of Ōkami Zekkeiban (Okami HD) for Nintendo Switch here and use the code JPNINTENDO for $3 off!

● Pokémon GO will soon see the Alolan forms of Pokémon originally discovered in the Kanto region and first seen in Pokémon Sun Moon arrive in the coming weeks!

● Beginning and ending with a Splatfest – Donnie beat Raph 2-1 to become the Teenage Mutant Ninja Turtles Splatfest Champion. And thanks for following!