● The top story is the Super Typhoon Hagibis forming to the south of Japan. Japan’s Meteorological Agency (JMA) say “It could be the strongest to hit Japan this year” and it is expected to be “violent”. Nintendo have expressed concerns that this year’s Nintendo Live 2019 event in Kyoto on Sunday and Monday (13-14) could be cancelled due to safety reasons. No final decision has been reached. Please stay safe if you are in an area affected.

● Level-5 updated Yo-kai Watch 4 to Version 1.4.0 although have released no patch notes. The only thing confirmed is being able to input a Chairman McKraken if pre-ordered Yo-kai Watch 1 for Nintendo Switch.

● The Kickstarter for the Japanese language learning ARPG Shujinkou is now live looking for approximately $45,000 in 30 days with delivery expected by September 2021. Trailer and gameplay here and here.

● Freestyle Games updated Obakeidoro! to Version 1.0.4 with volume adjustments, an improved display of the friends list, and bug fixes. Future updates will add new maps to the game, with a physical release also planned.

● Ubisoft’s UBIDAY2019 TOKYO (video here) yesterday didn’t have much Switch information other than Just Dance 2020 arriving in 2020 and Gods & Monsters being re-confirmed for 27 February 2020.

● Another re-confirmation is Nintendo with Terry Board joining the Super Smash Bros. Ultimate line-up in November 2019.

● Dragalia Lost will see a new Expert difficulty added to all Advanced Dragon Trials on 11 October with an even more challenging Master difficulty to be added on a rotating basis starting 14 October. A new event, Time Attack Rankings, is also coming to Expert difficulty quests for all Advanced Dragon Trials on 11 October. The final bit of news is the Featured Boss Phraeganoth to be added to Astral Raids starting 12 October.

● HAL Laboratory’s second mobile game Hosuu de Shoubu! ! Kame Sanpo is now available in Japan. You really need to see the trailer to have a better idea of what it’s about (posted here).

● COMG! pre-orders have Pokémon Sword / Shield at 410 points with Sword > Shield. This week’s rankings have Tom Clancy’s Ghost Recon Breakpoint at number one with 58 pts.

● TSUTAYA rankings still have Dragon Quest XI S: Echoes of an Elusive Age – Definitive Edition as number one in the charts. GEO also has Ghost Recon Breakpoint at #1 with Dragon Quest XI S at #2.

● Bandai Namco Entertainment and JTB Corporation announced a tournament for Taiko no Tatsujin Nintendo Switch Version! for elementary schoold children beginning on 26 October with the top finishers invited to compete in Honolulu, Hawaii on 07 March 2020.

● The first week shipment for Dragon Quest XI S: Echoes of an Elusive Age – Definitive Edition was approximately 450,000 with the game selling-through approximately 65%. The remaining 35% should sell without too many problems.

● This week’s UK charts saw FIFA 20 still at number one, The Legend of Zelda: Link’s Awakening down to number five, and Mario Kart 8 Deluxe up one place to number seven.

● Pre-order the re-runs of Link and the new release of Zelda as part of the The Legend of Zelda Breath of the Wild Nendoroids here – use the code JPNINTENDO for 5% off your order. 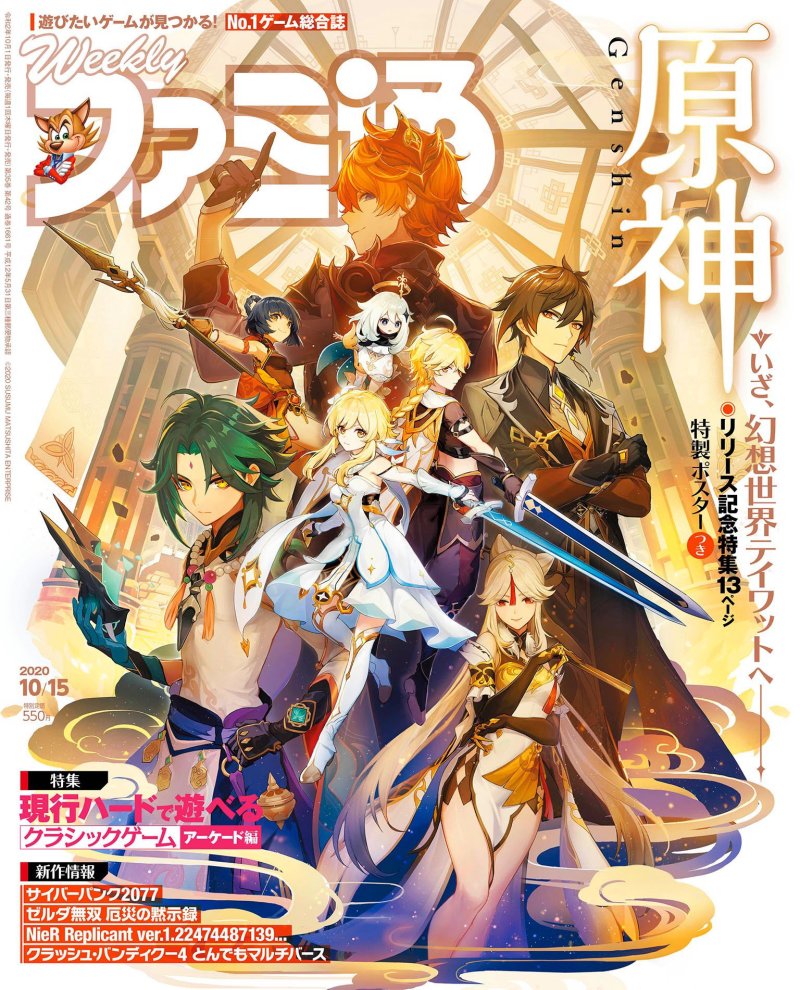