The lead image is of the My Nintendo Original Mario Wallpaper (Summer 2019) now free for Japanese My Nintendo account holders. Check out the full list of available Japanese rewards here.

● Square-Enix announced that worldwide shipments for Dragon Quest Builders 2 are now at 1.1 million on both Switch and PS4. The final free update launches in Japan on 20 August giving the game three save slots, adding an epilogue, new hairstyles, changeable weather, and more. Check out the full livestream recording here.

● Entergram repackaged the visual novel Sangeki Sandbox as Gensou Rougoku no Kaleidoscope (Kaleidoscope of Phantasm Prison) and revealed it will be coming to Nintendo Switch this winter. More information is expected on 16 August. Check out the opening movie here.

● Koei Tecmo Games announced the otome adventure game Harukanaru Toki no Naka de 7 for Spring 2020 release on Nintendo Switch. The teaser trailer (here) revealed little, but more information will be in the October issue of B’s-LOG magazine (out 20 August).

● M2 announced that the bullet hell shoot ’em up ESP Ra.De. will release for Nintendo Switch on 19 December with a physical version including limited edition confirmed. Check out hthe debut trailer and limited edition contents here.

● The Janemba DLC is now available in Dragon Ball FighterZPriced at ¥540. The announcement trailer (from last week) is posted here.

● Mediascape announced that the 2D action game Super Zangyura (known as ‘Maid-san wo Migi ni☆’ in Japan) will now be releasing in 2020.

● Arc System Works announced that the turn-based RPG Mistover will be releasing on the Japanese Switch eShop on 10 October. As always, check out the updated Schedule.

● Team17 have published The Escapists 2 – Game of the Year Edition on the Japanese Switch eShop as The Escapists 2 Complete Edition and priced at ¥2,850. Check out the bundle content and Japanese trailer here.

● This week’s full Nintendo-only Japanese software and hardware charts are posted here and see Super Mario Maker 2 back on top with 36,486 units sold. The only new entries on Switch are Omega Labyrinth Life with 6,643 and Crash Team Racing Nitro-Fueled with 3,180. Amazingly the Nintendo DS version of Dragon Quest V: Hand of the Heavenly Bride re-entered the charts with 1,905 units sold, largely due to the Dragon Quest Your Story movie.

● This week’s DENGEKI TOP50 has Fire Emblem: Three Houses on top with 37,844 units sold. Super Mario Maker 2 was second with 35,550. The other new entries for the week that didn’t chart on Famitsu: Air Conflicts Collection and Aragami: Shadow Edition also failed to chart here with less than 617 units sold.

● Sega announced that both SEGA AGES Puyo Puyo and SEGA AGES Space Harrier will release for Nintendo Switch on 22 August 22.

● The second trailer for Cardfight!! Vanguard EX with the boy band Argonavis here.

● The first episode of the Ninja Box web anime here.

● A brief video of the new Fly High Café here.

● An English accolades trailer for Cadence of Hyrule: Crypt of the NecroDancer ft. The Legend of Zelda here. 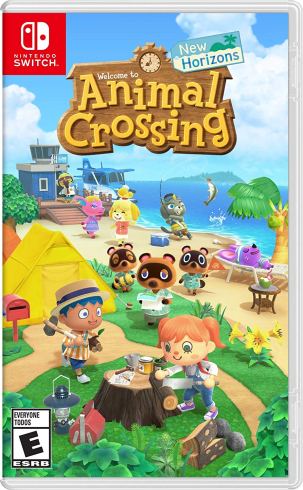