The current line-up of Nintendo Switch games scheduled to release in Japan this week including the pictured new Story of Seasons entry Doraemon Nobita no Bokujou Monogatari, the three  Nintendo Switch Online games, the shoot ’em up Radirgy Swag, and more. Check out the full list with prices, artwork, and descriptions below… 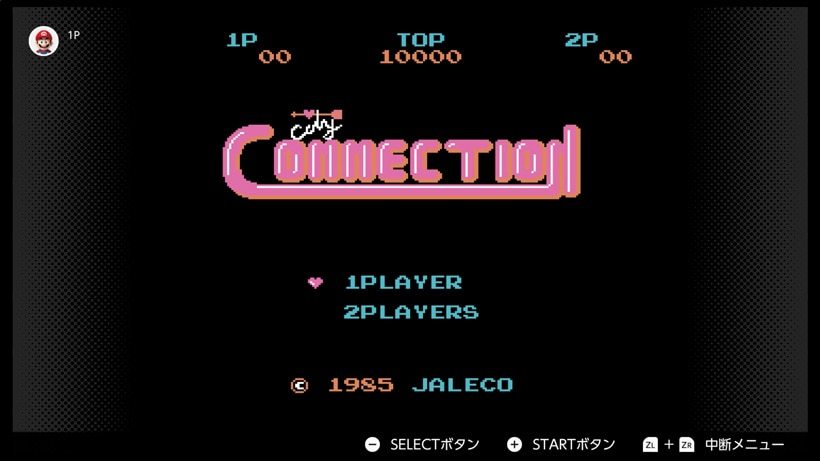 After breaking into a paint store in New York City, the cops are now coming after you! Carrying leaky 10-gallon paint cans, drive over every mile of New York City highways before catching a boat to England. From there, you will go on a tour of the world, avoiding the police and leaking paint all over the place. Your only defense: picking up oil cans left on highways and throwing them at police cars. Send the police for a spin, and knock them off the road as you make your getaway! 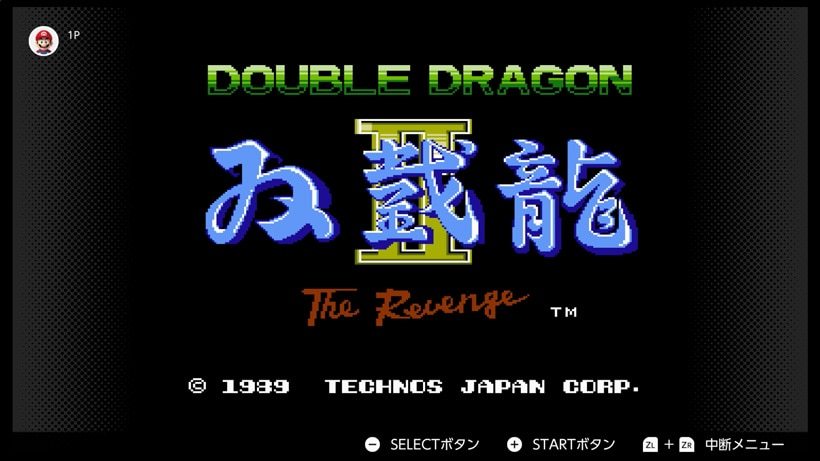 Billy and Jimmy Lee, the Double Dragons, are back to avenge the loss of Marion. In their quest to defeat the evil Shadow Warriors, Billy and Jimmy must complete nine missions, facing deadly street gangs, ninjas and huge mutant fighters. The duo must traverse through construction sites, alleyways and underwater hideouts complete with secret elevator shafts, spiked ceilings and razor-sharp mechanical claws. Can Billy and Jimmy contend with the enemies placed before them and ultimately save the world? 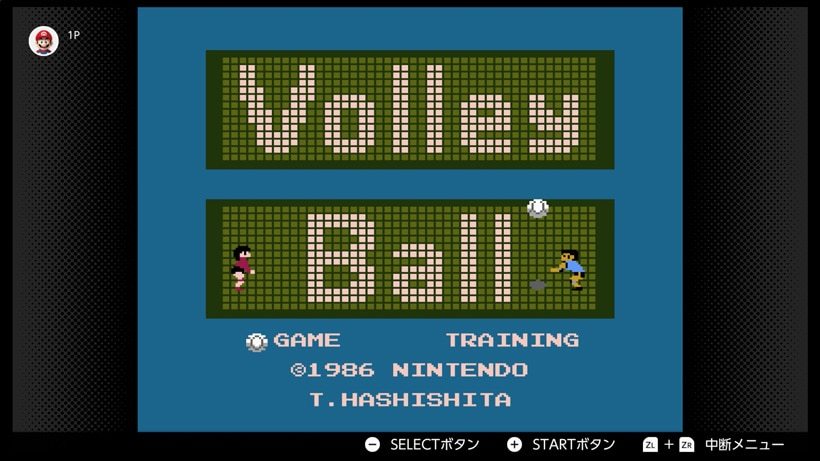 Enjoy a game of volleyball as you spike for a point, slam a perfect serve, and make a save that wins the game for your team. It’s all of up to you because you call the shots in Nintendo Volleyball! You’ll start by selecting a team from the country of your choice. As Captain, you’ll lead your team through a fast-paced warm-up round, then quickly move into the heat of real volleyball competition. You’ll decide when to spike, when to lob, when to make a diving save–everything just like the captain of a real volleyball team! 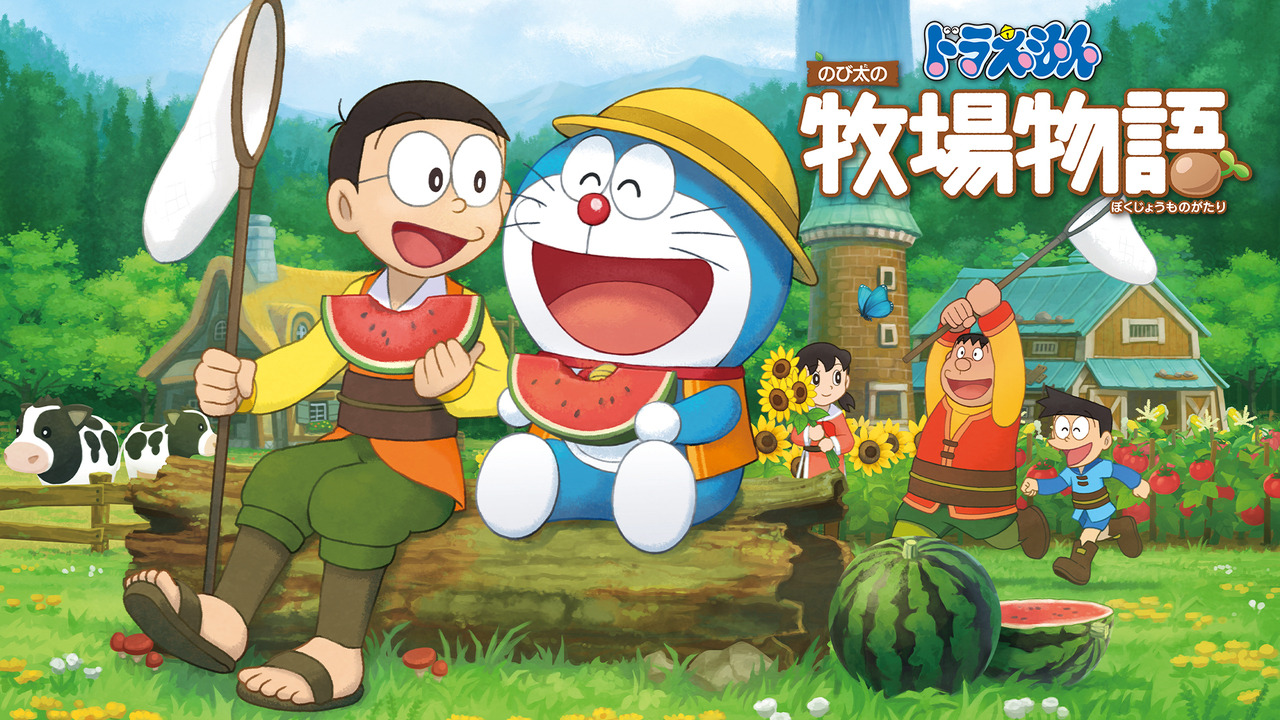 Japan’s nationally popular character is now in the world of Story of Seasons, a game series that has been beloved for over 20 years. Featuring the familiar characters from the Doraemon world combined with the familiar aspects of the Story of Seasons series such as breeding of crops and taking care of animals, as well as exploration and adventures. 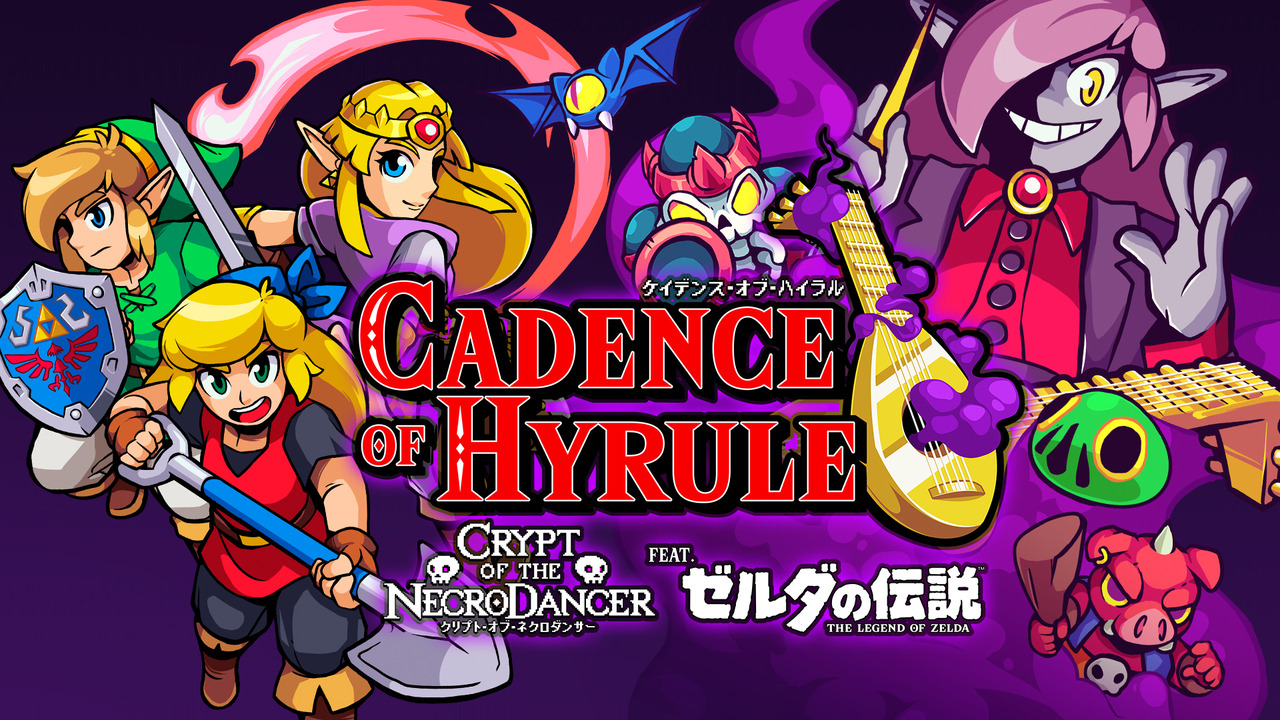 ー Cadence of Hyrule：Crypt of the NecroDancer feat. Zelda no Densetsu (Spike Chunsoft) ¥2,980

In the latest rhythmic action-adventure from Brace Yourself Games, you can enjoy the gameplay of Crypt of the NecroDancer in the setting of The Legend of Zelda series. As Link – or even as Princess Zelda – you’ll explore the randomly generated overworld and dungeons on a quest to save Hyrule. Every beat of each remixed The Legend of Zelda tune is a chance to move, attack, defend, and more, so stay one step ahead of each enemy and boss…or face the music. 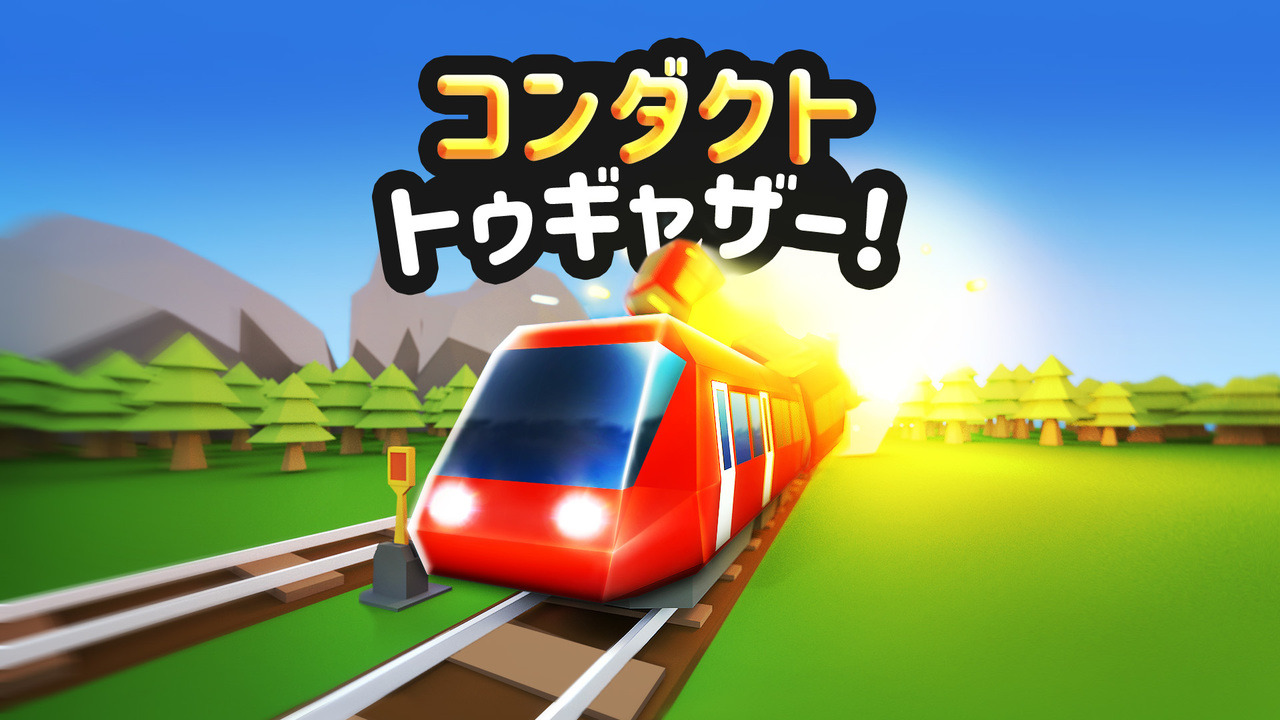 Conduct TOGETHER! is an addictive game of explosive railway action that will challenge your inner conductor. Conduct everything yourself or hand a Joy-Con to a friend for a hectic teamwork of commanding trains, switching tracks and avoiding collisions in increasingly challenging action-puzzles. Play with up to 4 friends for the ultimate party game! 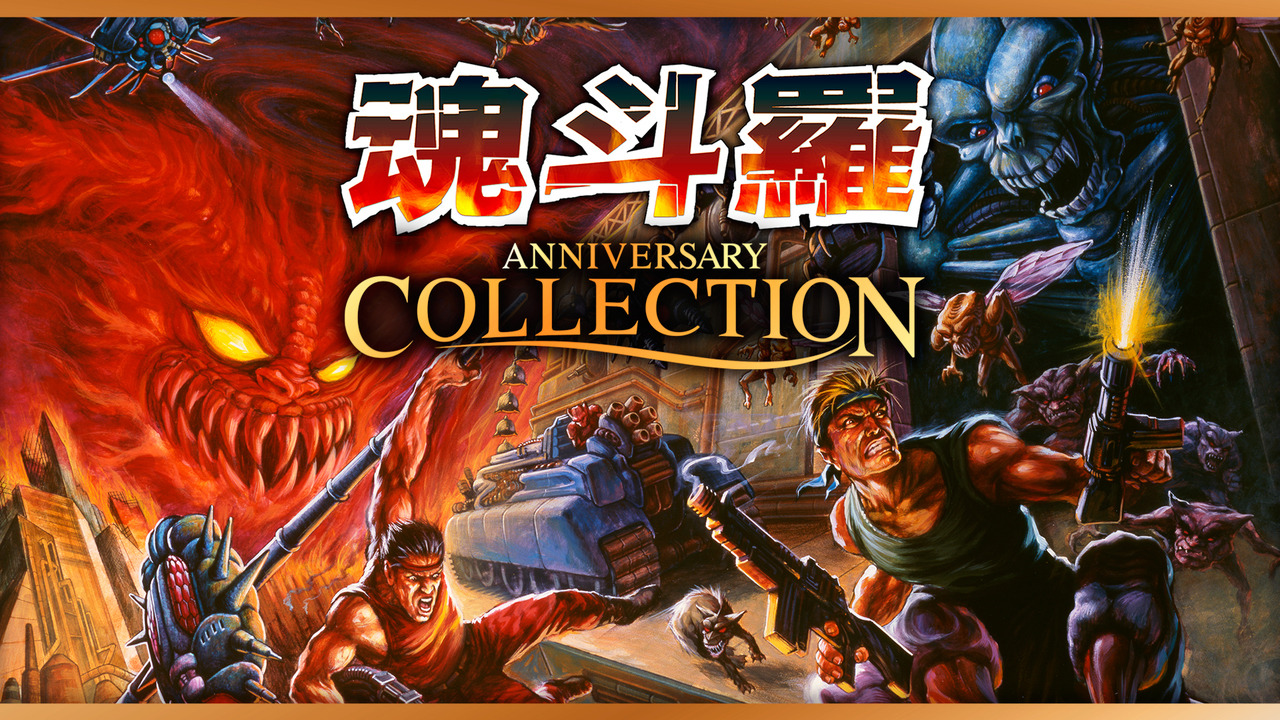 The Contra Anniversary Collection brings this classic Run and Gun franchise back to modern platforms and a new generation of players. Grab power ups and blast your way through waves of menacing enemies and bosses that will put your reaction skills to the test. Also included is a digital Bonus Book with tons of concept documents and sketches, the official chronology of the franchise, an exclusive interview with the veteran producer of the series, and more! Alone or with a friend, Contra provides hours of nail biting action. In a pinch; make sure you know the code! 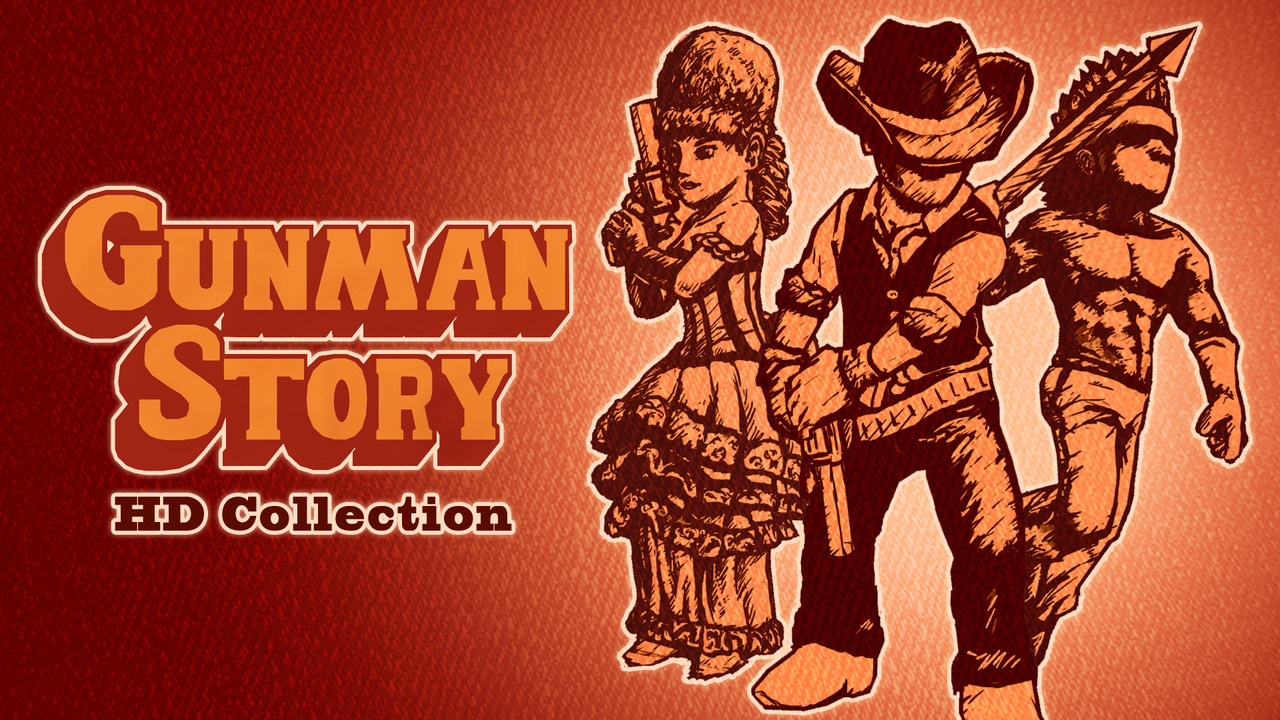 In the year of 18XX, the west is overrun by thugs and outlaws. A group of bandits have kidnapped Mayor Johnsons daughter and are spreading havoc across the land. Gunman Clive must rescue the girl and and bring order to the west, then finish the fight in Gunman Clive 2. His battle against the bandits takes him all around the world and beyond. 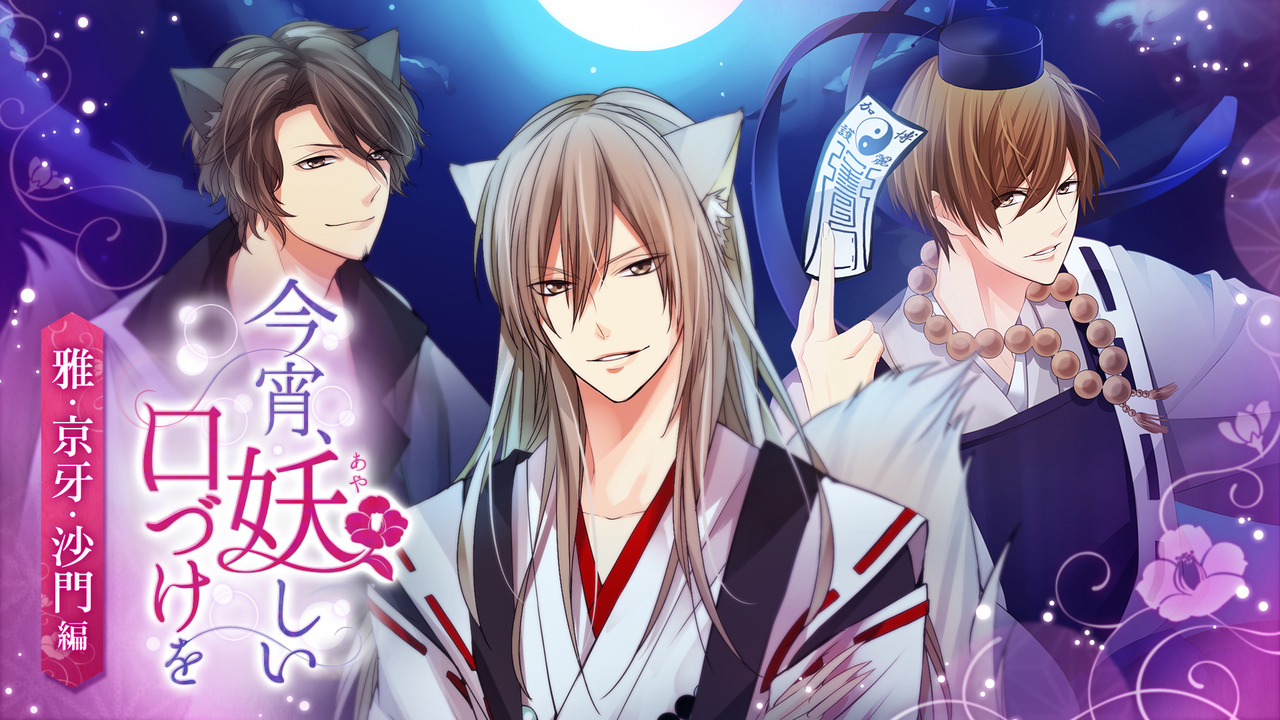 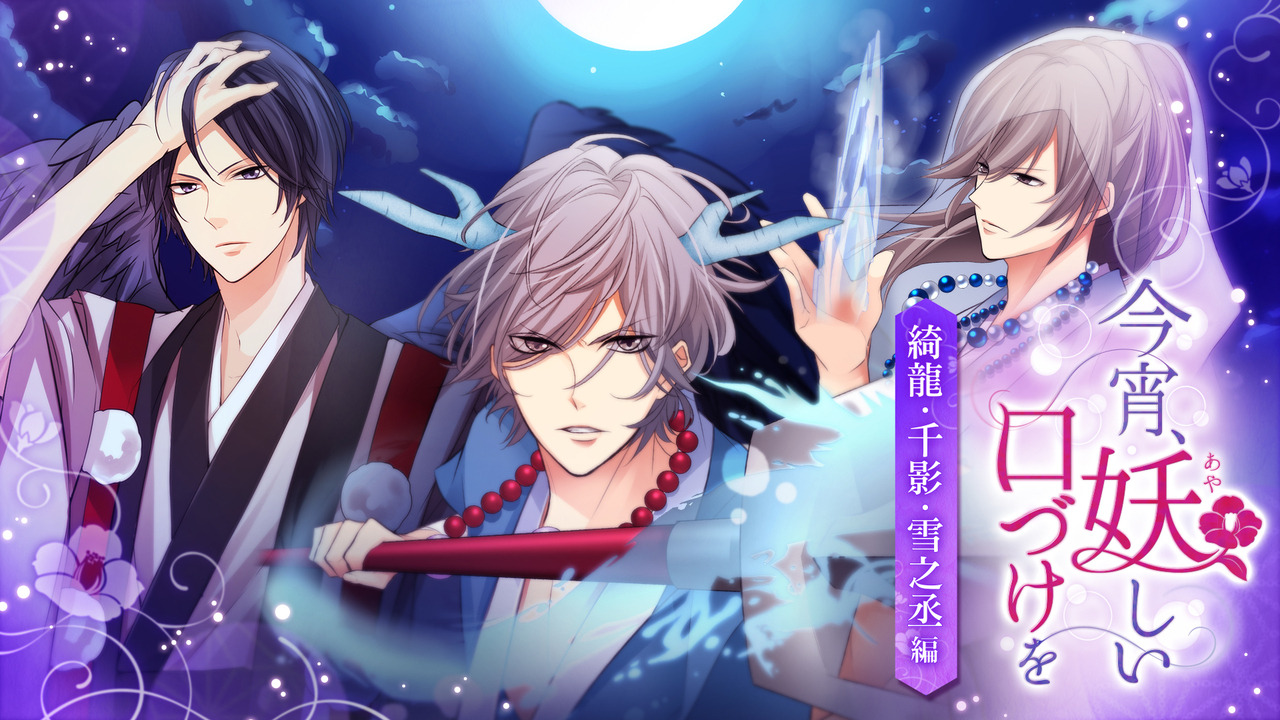 You live a normal life, until the day you’re attacked by otherworldly Ayakashi, who are intent on stealing the special power you were born with. However, your saviours also happen to be Ayakashi, and five very handsome ones at that! You were born with the ability to amplify the power of any Ayakashi. In order to save your life, your Ayakashi marks you with his kiss; and how exactly do you transfer your power to him? Why, also with a kiss, of course! 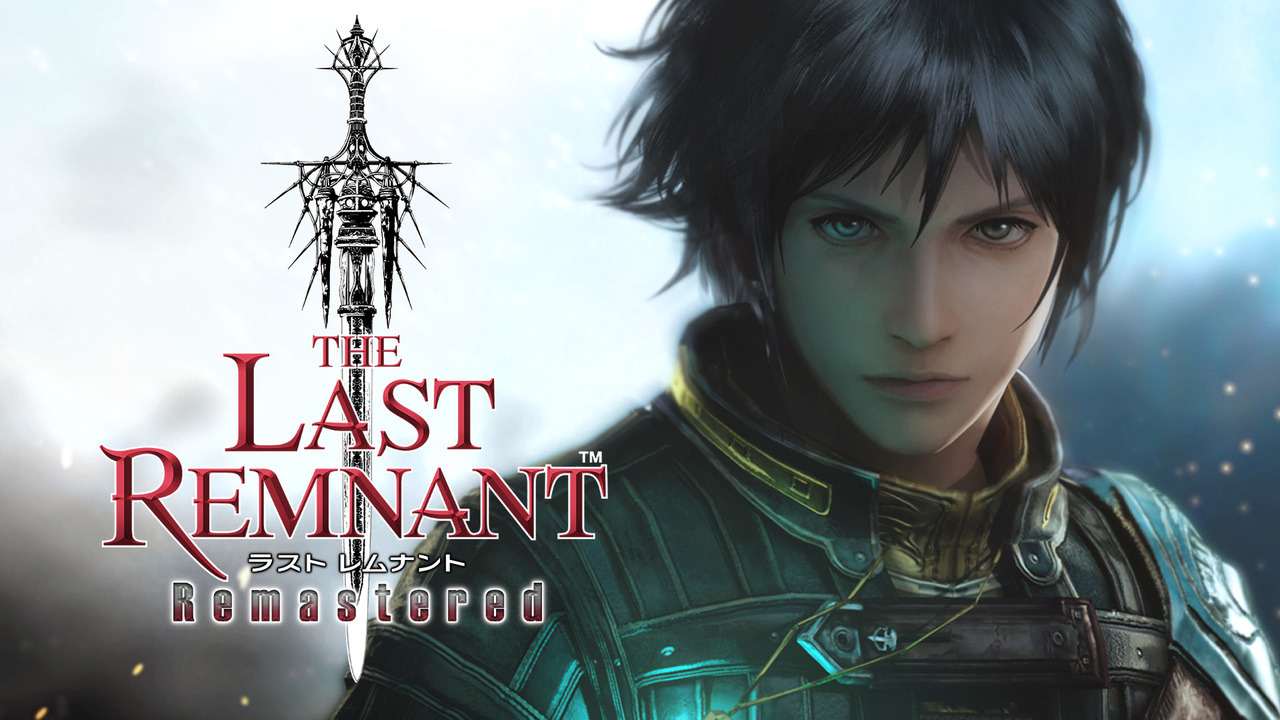 Last released in 2008, The Last Remnant captured the hearts and minds of gamers with its enthralling story, countless characters and intricate battle system. Now this cult classic RPG is back with a Remastered version and is coming to Nintendo Switch with even more beautiful graphics, enhanced via an updated game engine. 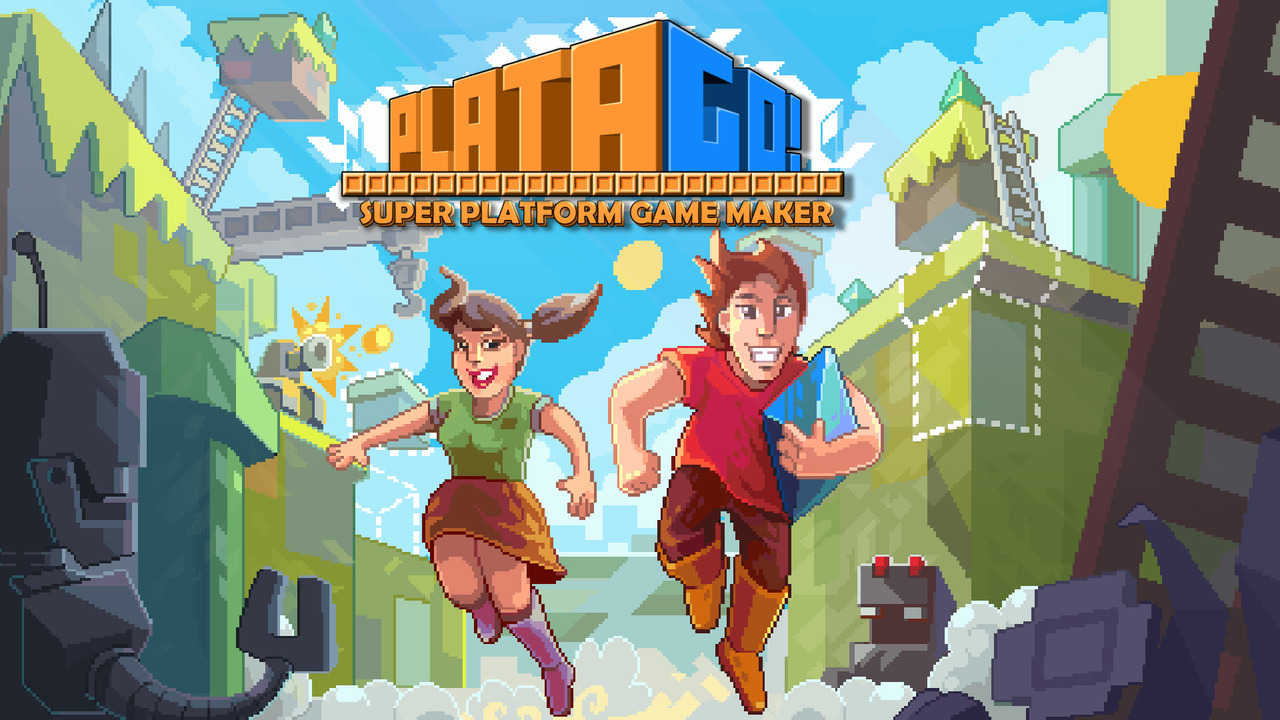 PlataGO! is the super-simple platform game maker that everyone, of all ages, can enjoy! No need to code, no need for complex scripting – PlataGO! is a 100% drag-and-drop tool, that lets you start making platform games immediately. No fuss, no tutorial – just jump straight in and start creating! 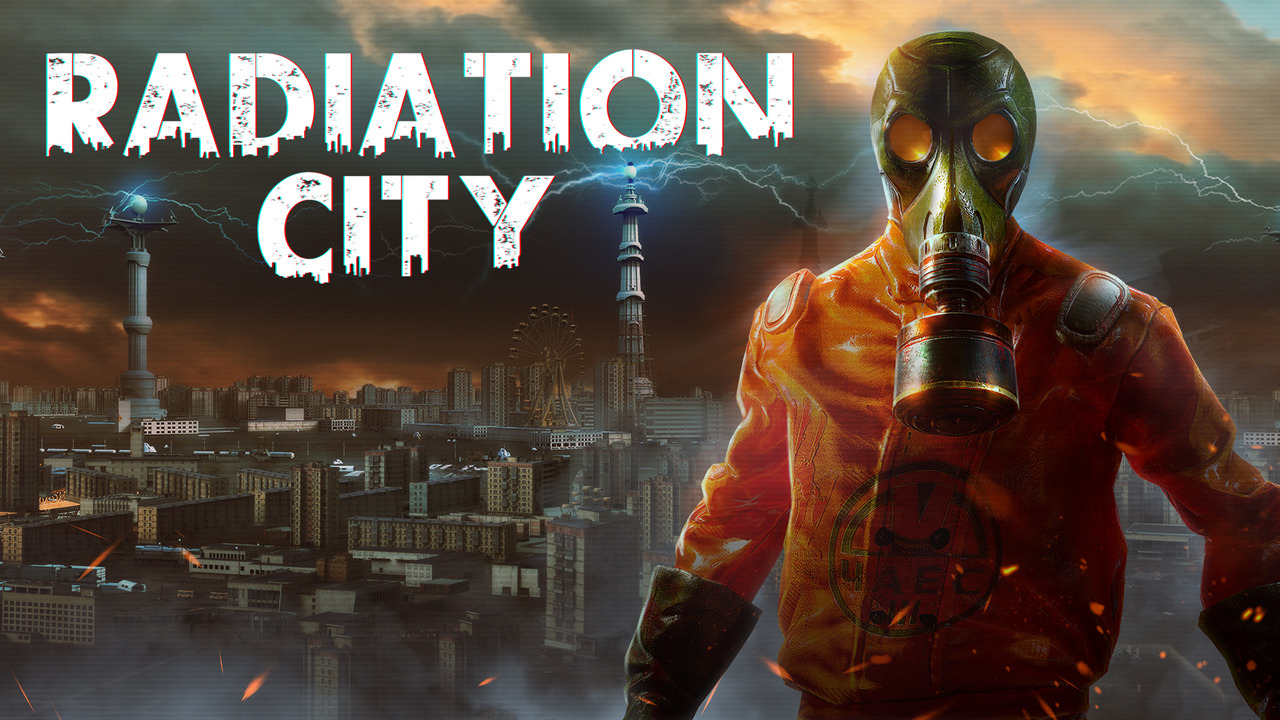 Welcome to the world of Radiation City where a great survival adventure awaits you! Forty years after the unfortunate accident of the Chernobyl nuclear power plant, destiny brings you to the area of carefully recreated city of Pripyat. Uncover the amazing story, untangle the mystery and try to save your loved one. 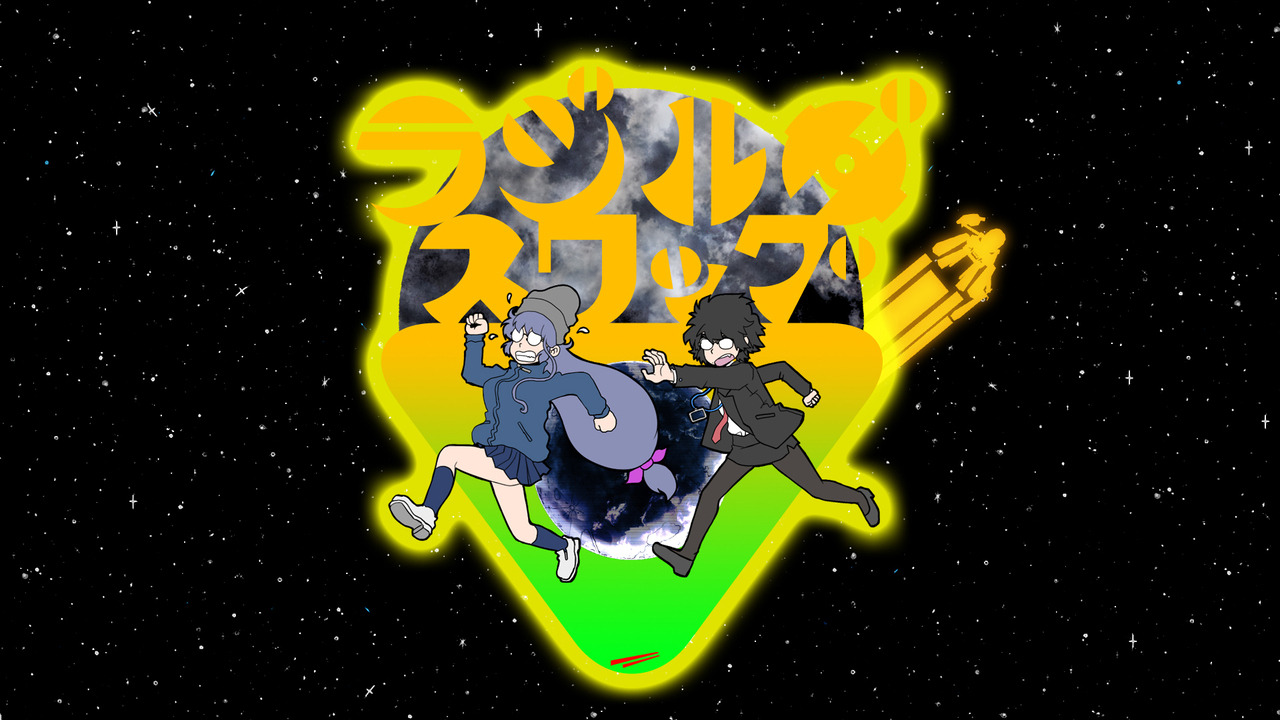 The return fo the popular Radio Allergy series on Nintendo Switch. Aimed at shoot ’em up beginners and advanced players alike, as you aim for the final destination, Asteroids near the Moon. In addition to the returning Aida Tadayo, a new character Ataka Atora appears, and you can record you high scores in the online rankings. 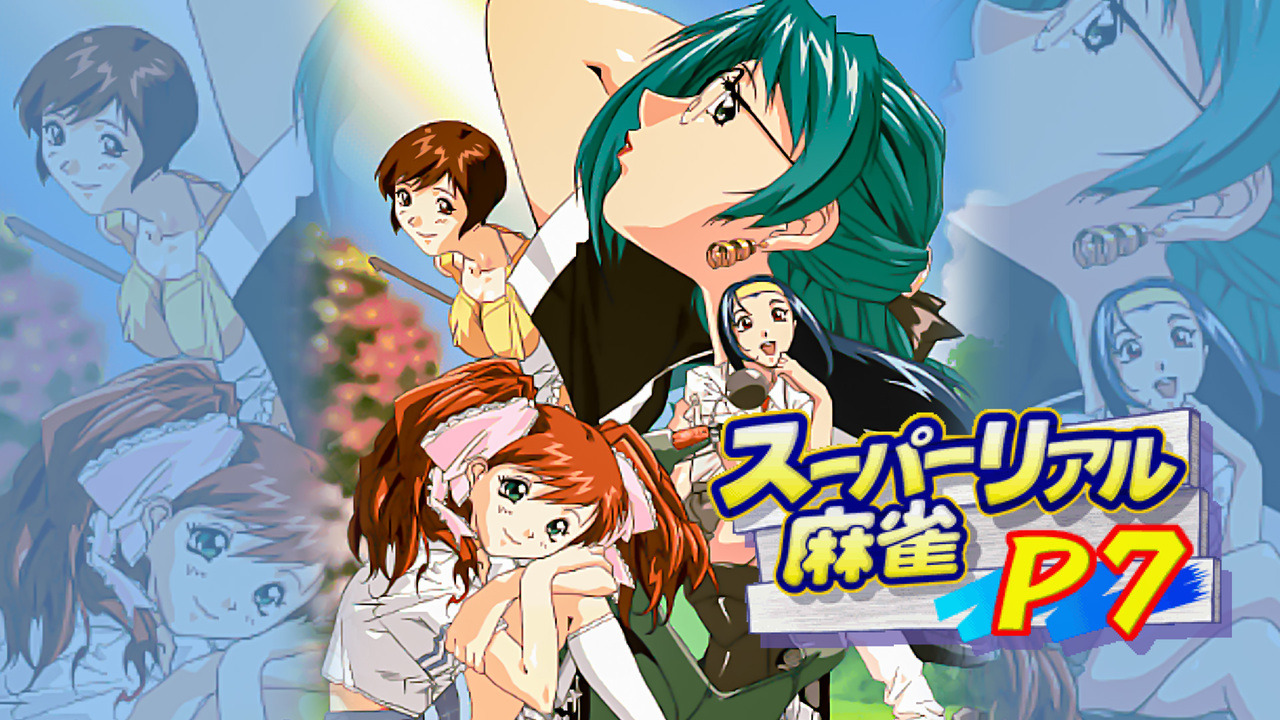 Following the releases of PV and PVI, Super Real Mahjong P7 is now available on the Nintendo Switch! This adult mahjong game has two patterns of rewards. If you clear the story of each character once, a new element is added to the option screen, and you can switch to the night mode. And in night mode, the reward video changes to the arcade version! 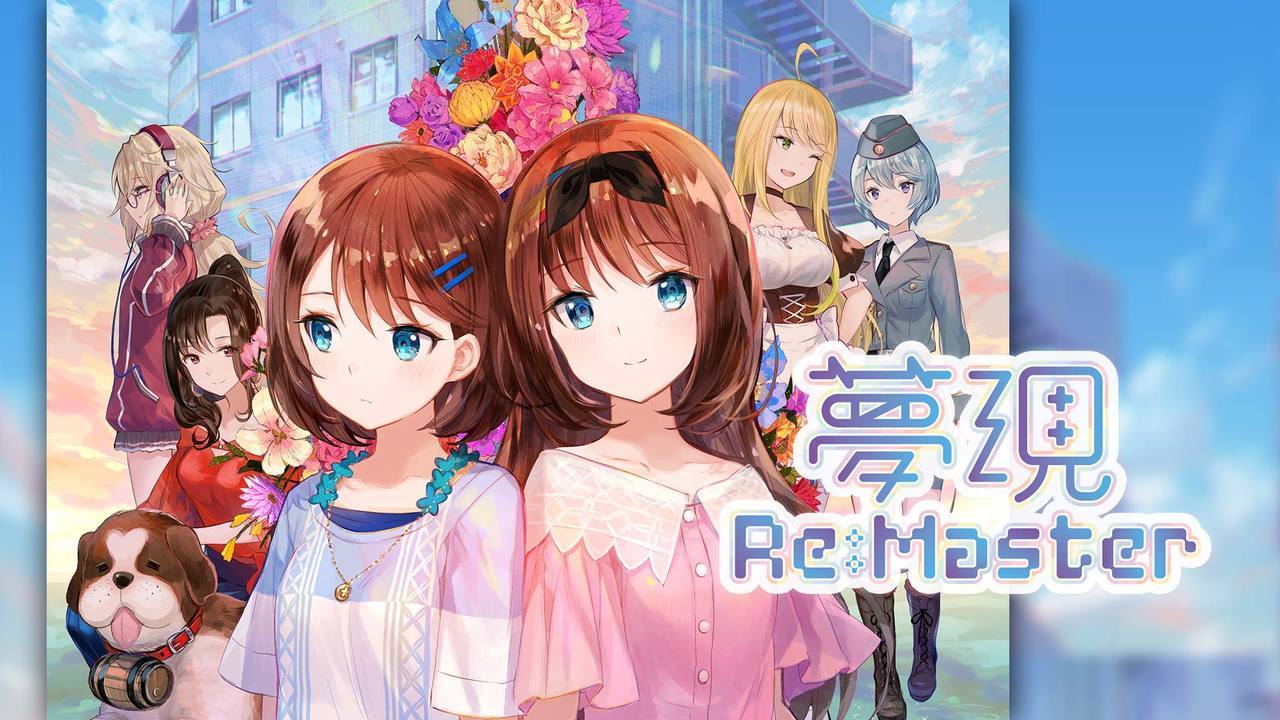 Yumeutsutsu Re:Master is a bubbly-cute girls love adventure game about game developers. The last two games in the Nurse Love Addiction series focused on professional life with nurses and nursing students at a hospital. This game continues that focus, putting the spotlight on the people in a game development office, creating a story much like the life our team experiences daily. 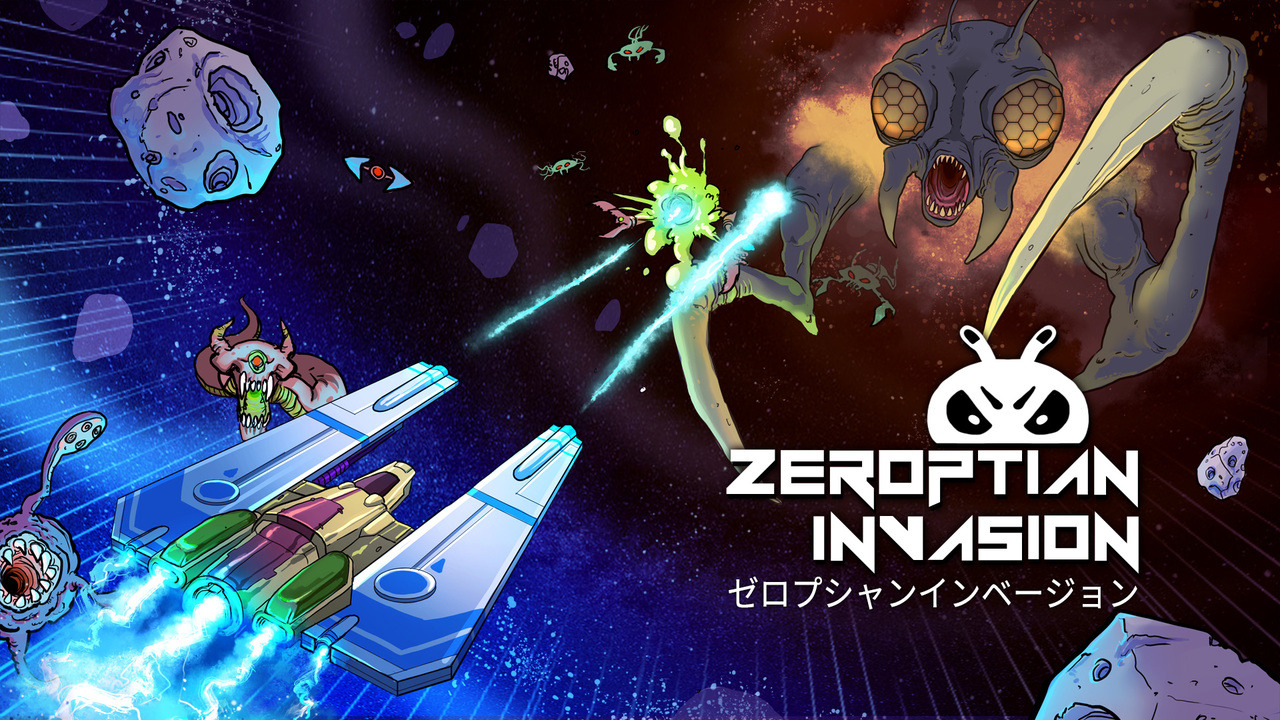 Taking inspiration from old score arcade shooters from the past and adding in some modern touches and stunning pixel art, Zeroptian Invasion is this decade’s answer to the arcade shooters of yesteryear. From its increasingly difficultly gameplay to its chiptune soundtrack, this is one blast from the past that shooter aficionados are going to want to check out, since the Zeroptian menace is not going to shoot themselves any time soon. 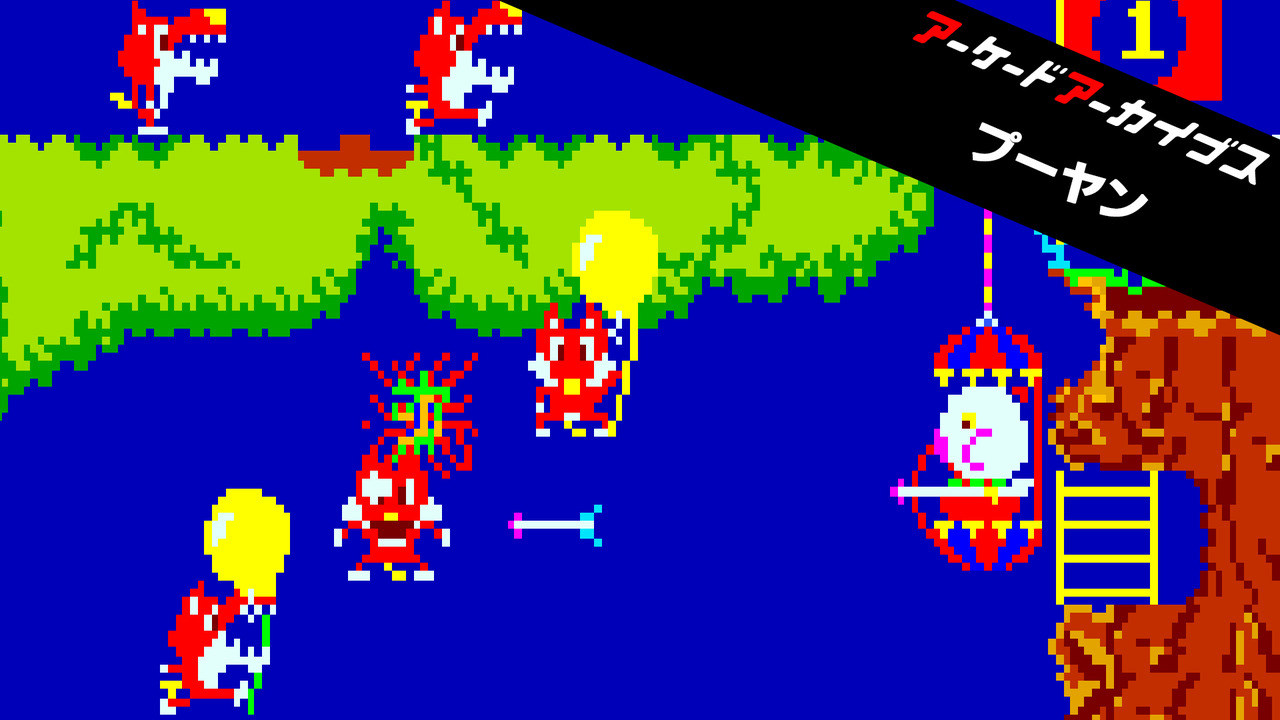 Pooyan is a fixed shooter arcade game released by Konami in Japan in 1982. It was manufactured in North America by Stern Electronics. The player controls “Mama,” a pig whose babies have been kidnapped by a group of wolves.