Japanese studio Winglay have announced the four-player party game Keotoshi！Treasure Hunter！for Nintendo Switch where it will be published by UNTIES in May. Little else is known but the game will be playable at Tokyo Sandbox next week. Many thanks to Naruki. 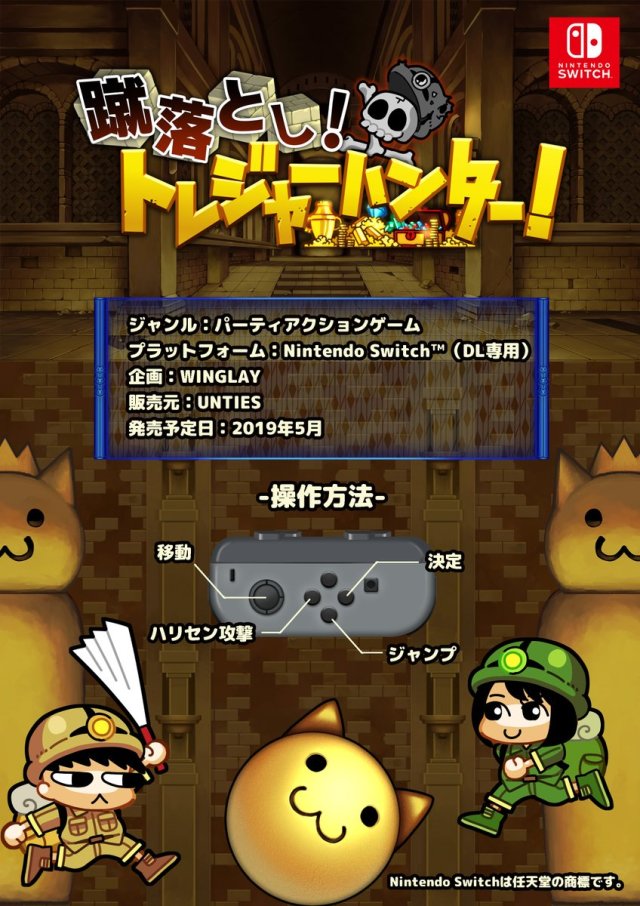